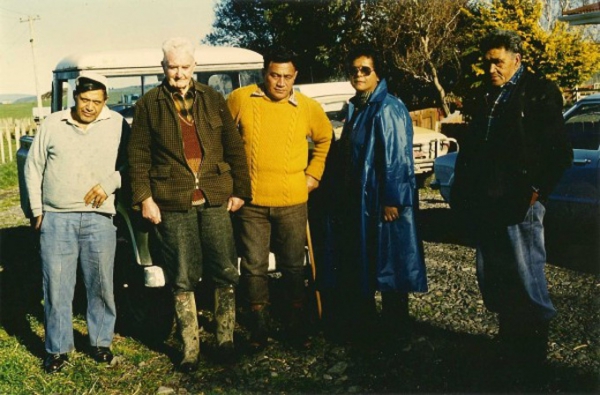 On the 27 November 1900 at a Native Land Court sitting in Te Kuiti presiding Judge William Gilbert Mair ordered that title is granted to 118 Natives of a block named Rangitoto Tuhua No 74.

Its northern and southern boundaries were the rivers – Mangakahu to the north and Taringamotu in the south. Rangitoto Tuhua No 56 & 52 (Hikurangi) Blocks flanked the west, with Rangitoto Tuhua No 73 (Otamakahi), 66 & 67 Blocks to the east.

The block was surveyed by Percy Ward and the boundaries confirmed by Te Huia Kiingi.

In 1902 to pay for the survey Percy Ward presented Te Huia Kingi, on behalf of the owners, a bill for £255. 12. 10. Payment was not forthcoming and subsequently Ward applied to the Native Land Court for restitution. 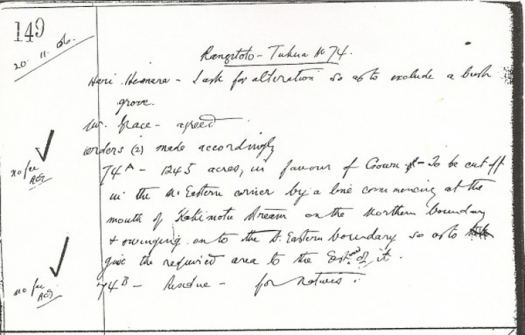 As a result of the survey lien land and partitions by various hapū and whānau the block had reduced to 2,118 hectares (5,198) acres) comprising 7 unamalgamated blocks.

On 30 November 1910 the Native Land Court named the following as owners in the block to be known as Rangitoto Tuhua 74B 6G Incorporated.

[If you have a photo of an original owner and would like it posted on this page, please contact us]

The land was divided into four lease blocks to be developed and farmed by Te Whare te Huia, Faith Brice, Francis Brice and Johanna Marie Albrechtson.

In 1955 the leases were wound up and for 3 years the Incorporation was under the control of the Māori Trustee until new court orders were issued under the statutes of the Māori Affairs Act 1953.

On 12 November 1958 the Māori Land Court ordered Rangitoto Tuhua 74B6G Incorporated is to be known as Te Uranga B2 Incorporation. 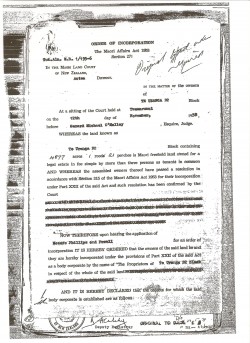 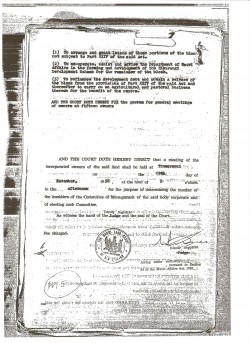 And that the Incorporation's objectives are to:

Kahumako Utiku and Mika te Rehu withdrew their block known as Paatara from the Incorporation.

Through successions the number of owners increased to 161 and as directed by the Māori Land Court a new Committee of Management was appointed by the owners at a meeting convened in Taumarunui at 2 o’clock on 19 November 1958. 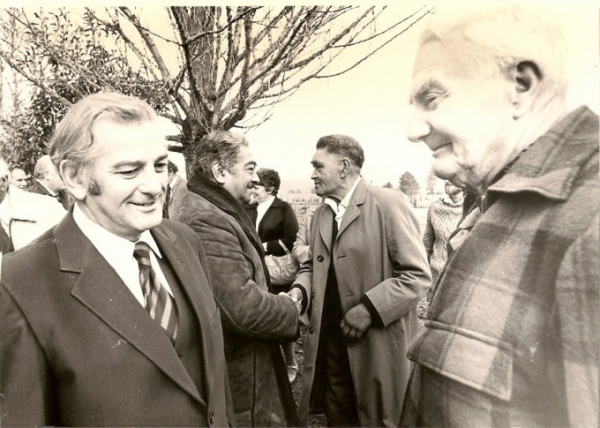 On 30 June 1981 the Minister of Māori Affairs Ben Couch formally handed control of Te Uranga B2 Incorporation back to its owners at Kaitupeka Marae.

In the Ruapehu Press Minister Couch was reported as saying, “The block was being handed over debt free and with a credit balance in the bank. The property was in good shape with excellent facilities. Māori people had come of age and it was up to them to take over the land and run it as a business.”

Ta Hepi te Heu Heu was also there and said:

“He thought he would never see the day when land was handed back to the Māori owners.”  He also said, “It was up to Māori owners to make sure the land did not revert back to fern and scrub.”

Other members of the Committee of Management during this period were Te Ra Kuini Wright, Stuart Kui, and Norman Joseph Wi.

Graeme Murray who was the farm manager during the latter period of the Māori Affairs and Lands and Survey regime continued to manage the block until 1989 when he left to farm in Ohura where he still is.

A neighbouring 402 hectare freehold block, belonging to Spillane, was purchased 1985. 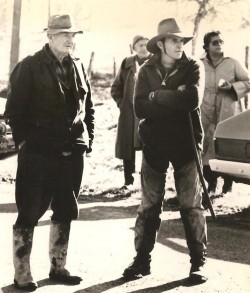 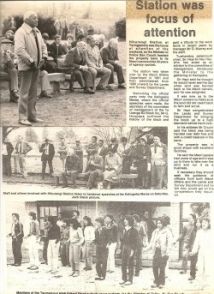 The 1990s – a decade of opportunity when the Incorporation established the following:

By the end of the decade Te Uranga B2 was receiving income from milk, forestry, wool, sheep meat and beef cattle.

This was a time to strengthen and enhance business initiatives established earlier. A commitment to pay off the dairy conversion loan from Wrightsons within 10 years was achieved. The Committee was ready for its next challenge and it came in the way of another land purchase.

In 2006 – a 120 ha dairy farm that had been established on Paatara (the block withdrawn from the Incorporation, by its owners, back in 1958) went on the market. The Incorporation was happy that it could return Paatara to within the threshold of Rangitoto Tuhua 74B 6G - Te Uranga B2 Incorporation.

Traci Houpapa joined the Committee of Management in 2000.

The foundations laid by previous Committees which have strongly positioned the Inc. as an important member of the regional community. The Inc. is known for its professional approach to business management and farming operations, and enjoys strong working relationships with key stakeholders regionally and nationally.

The challenge for today's committee is to balance commercial and cultural imperatives to achieve overall improved benefits to its shareholders.

In September 2012 a 36 ha block on the south-west boundary of the incorporation was purchased. This block was part of the original Rangitoto Tuhua 74 Block but was more recently owned by the McGuinesses who used to lease the Koromiko and Moti blocks.

In 2012 Andrew Martin resigned and was replaced by Kaike Kereopa the following year. In 2014 Alan Cockle retired and Richard Burgess took his place. At the 2015 Annual General Meeting Jonathon Kilgour and Andrew Martin replaced Traci Houpapa and Kaike Kereopa. Long serving (28 years) committee member Vonda Houpapa retired in 2016 with Donna Tuwhangai - an associate member of the Committee of Management - was elected to fill the vacancy.

In 2017 Alan Cockle was re-elected replacing Richard Burgess. In 2018 Jonathon Kilgour and Andrew Martin retired to be replaced by Lee Ramahi Hall and Wikitoria Taane.

The Incorporation was invited to participate in two major research programmes - Reducing Green Houses Gases  by Scion, in partnership with AgFirst, led by Dr Tanira Kingi (Scion) based in Rotorua, and managed by Phil Journeaux (AgFirst) and Native Biodiversity conducted by Canterbury University Professor David Norton.

Findings from these two reports, Te Uranga B2's extensive management and production reports, and various recent and impending Crown legislation will be used to formulate the Incorporation's strategic and business plan for the next 30 years entitled Whole Farm Plan. The Committee of Management has engaged John Paul Praat and Peter Handford from Groundtruth compile this plan with advice from the committee and shareholders.

A draft of the Whole Farm Plan will be presented to the shareholders at the 2021 Annual general meeting in November.

This video featuring Graeme Murray, former Hikurangi Station farm manager, was filmed in June 2012 during the stock audit. The weather was cold and wet! The opening voiceover says Graeme was there from the mid 1980s to the late 1990s - NOT - it was the mid 1970s to the late 1980s. The 'Uncle Jack' he refers to is John Seymour Wooster who was the chairman from 1958 - 1990.