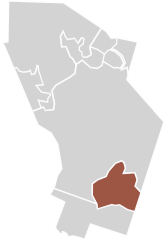 Paatara was one of the 7 unamalgamated blocks that formedRangitoto Tuhua 74B 6G Incorporated. In 1958 Kahumako Utiku and Mika te Rehu, the owners of Paatara, decided to retain it for themselves rather than it becoming part of Te Uranga B2 Incorporation.

In 2006, now a dairy farm, Paatara was offered to the Incorporation. It was duly purchased and the Inc. was very happy to have it again as part of its ancestral lands.

The 120 hectare dairy unit is managed by Dean and Lucy Marshall under a 50/50 sharemilking contract with the Inc. They have a Friesian x Jersey herd of 360 cows that they milk through a 30-aside herringbone shed. The forecast production for this season is 125,000 kilograms of milksoilds that is achieved on a primarily grassed based system with minimal supplement imported. This system provides an excellent balance between financial return and environmental responsibility.

Dean and Lucy have 3 children, one  attending the local Ngakonui Valley School where Dean is a former Chairman of the Board of Trustees.

Milk is supplied to Miraka

In 2012 a new effluent pond was installed. It is capable of holding up to 60 days (1.3 million litres) of cowshed effluent. The enables the effluent to be spread at the best time to make full use of the nutrients, and to ensure the effluent is handled in the most environmentally friendly manner possible. 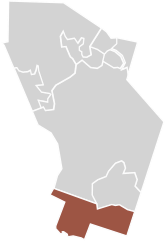 In 1995 executives from Kiwi Co-operative in Hawera came to Taumarunui to encourage farmers to convert to dairy.

The committee of management set about identifying a suitable dairy platform on the farm, securing a loan - which wasn't without its frustrations; we needed $1.3m to pay to build a cowshed, and everything else needed to convert some of our sheep and beef farm to dairy; we went to the ANZ, it had been the Incorporation's bankers some 30 years or more; it said we'll lend you the money provided you can guarantee $100,000 cash surplus for every year of the loan; well we weren't prepared to make that sort of promise so we approached other mainstream banks to find they were singing from the same songs; and that included Westpac which at the time had a an arm specially set up to lend Maori money. However we persisted and approached Kevin Smith from Wrightsons Finance and his lyrics were much sweeter and acceptable! Without his belief and trust the incorporation would not have been able to diversify part of its operations to dairy.

The Incorporations first bank deposit for its milksolids was in August 1997. Initially Koromiko was managed by the Inc. but as it was difficult to attract committed dairy workers to Taumarunui so 6 years later the cows were sold and a 50/50 sharemilkers contract with Dean and Lucy Marshall was in place.

Today the 200 effective hectare Koromiko operation is managed by Luke and Shannon Pepper under a 50/50 sharemilking contract with the Inc. They have a Friesian x Jersey herd of 590 cows that they milk through a 40-aside herringbone shed. The forecast production for this season is 210,000 kilograms of milksolids that is achieved on a primarily grassed based system with minimal supplement imported.  This system provides an excellent balance between financial return, risk and environmental responsibility.

Luke is the Ngakonui Valley School Board of Trustees Chairman.

Milk is supplied to Miraka